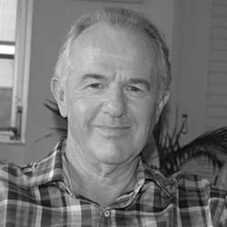 Dr Christopher Snedden is currently a Professor at the Daniel K. Inouye Asia-Pacific Center for Security Studies, Honolulu, Hawaii, USA, where has been working since May 2014.  He has been involved researching, analysing and teaching South Asian matters, particularly the Kashmir dispute, since he first went to India in 1981.  This includes completing his PhD thesis at La Trobe University, Melbourne, and writing two internationally acclaimed major works about Jammu and Kashmir (J&K): The Untold Story of the People of Azad Kashmir (Hurst and Co., London, and Columbia University Press, New York, 2012; republished in India by HarperCollins, New Delhi, 2013, as Kashmir: The Unwritten History), and Understanding Kashmir and Kashmiris (Hurst and Co., London, 2015).

He has taught South Asian matters, strategic studies and international relations in the Australian university sector and has worked in intelligence, foreign affairs and policy matters with the Australian Government.  He has met and interviewed many elder statesmen involved in the Kashmir dispute and maintains enduring relations with people in India, Pakistan and J&K.  These are his personal views only.