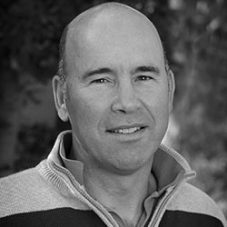 Dr Clarke Jones is a criminologist based at the Research School of Psychology at the Australian National University.

He is the founder of the Australian Intervention Support Hub (AISH) based at the ANU School of Regulation and Global Governance. Working closely with the Research School of Psychology, AISH brings together a multi-disciplined group of experts to work with communities, international and domestic governments, and police to develop culturally and religiously appropriate responses to violent extremism and other anti-social youth behaviours.

Following his work over 15 years in several areas of national security, including policing, military and intelligence, Dr Jones made the move into academia in 2010 as a visiting research fellow at ANU.

Dr Jones’ research covers violent, prison radicalisation, community-led intervention, and prison gangs. For the past six years, Dr Jones has also been working as a private consultant, particularly in the area of prison reform. He has just completed a review of Indigenous offender rehabilitation programs in Australia’s correctional system and another on prison radicalisation in Australia’s correctional systems.

He has also been advising the Philippine Government on appropriate management of high-risk offenders, prison gangs and prison reform. In 2002, Dr Jones was the 2002 Chief of the Australian Defence Force Fellow and, based on this fellowship, completed his PhD at the University of New South Wales in 2008. He also holds a master’s degree by research in criminology from RMIT University.