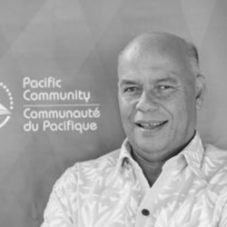 Dr Colin Tukuitonga has served as Director-General at Pacific Community (SPC) since January 2014. He is based at the organisation’s headquarters in Noumea, New Caledonia.

Dr Tukuitonga, from the Pacific island of Niue, was formerly the Director of SPC’s Public Health Division. He was a member of an Independent External Review of SPC in 2012. His previous roles include: Chief Executive Officer of the New Zealand Government’s Ministry of Pacific Island Affairs; Associate Professor of Public Health and Head of Pacific and International Health at the University of Auckland; Director of Public Health, New Zealand Ministry of Health; and Head of Surveillance and Prevention of Chronic Non-Communicable Diseases at the World Health Organization, Switzerland.

Dr Tukuitonga has also served in various leadership and management roles, including at the Fiji School of Medicine, the Auckland District Health Board, Northern Regional Health Authority (Auckland), University of Auckland and the Health Research Council of New Zealand. He is a former Board member of the Pacific Cooperation Foundation.

Additionally, Dr Tukuitonga was a commissioner for the World Health Organization (WHO) global Commission on Ending Childhood Obesity from 2014 until its work concluded in early 2016.

Dr Tukuitonga is a Founding Member of the Niue Arts and Culture Festival, Pacific Language Weeks in New Zealand, and of the Leadership Development Programme for Pacific civil servants in New Zealand. He is a member of the Pacific Research panel for the Performance-Based Research Fund 2018 Quality Evaluation.