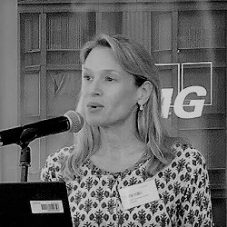 Cynthia Veliko is the Regional Representative to the Office of the United Nations High Commissioner for Human Rights (OHCHR) Regional Office for South-East Asia.

Cynthia Veliko has worked across the UN system since 1999, and has served with the OHCHR since March 2006 as Human Rights Advisor in three countries – Pakistan, Sri Lanka and the Philippines. She was appointed in August 2017 as Regional Representative to OHCHR Regional Office for South-East Asia.