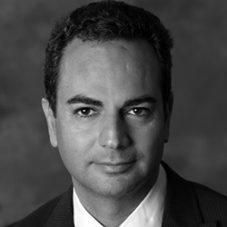 Dr Cyrus Shahabi is a computer scientist whose research has received funding from several US government agencies such as NSF, NIJ, NASA, NIH, DARPA, AFRL, and DHS as well as several industries such as Chevron, Google, HP, Intel, Microsoft, NCR, NGC and Oracle.

He has been leading a major contract with LA-Metro since 2010 developing a system that collects, stores, and analyzes traffic sensor data, accident reports, and location data of public busses and trains in Los Angeles in real-time.

In 2013, he co-founded a company, called ClearPath, which is developing a navigation app that uses predicted traffic information inferred from past traffic data to compute the fastest path.

He has thirteen US patents and more than 200 research publications.

He was also the CTO and co-founder of another startup, Geosemble Technologies, which was acquired in 2012. Dr. Shahabi is a fellow of IEEE, and a recipient of the 2003 U.S. Presidential Early Career Awards for Scientists and Engineers (PECASE).