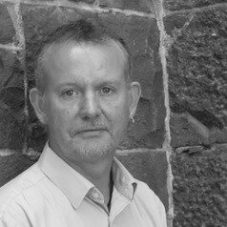 Dr Darryn McEvoy is a professor and principal researcher in climate change adaptation at RMIT.

A qualified geographer, with an interest in interdisciplinary ’solutions-oriented’ action research, Dr McEvoy’s expertise covers climate risk assessment and adaptation, innovative adaptation practice (both institutions and technologies), institutional adaptive management (and adaptation as a process), vulnerability assessment, the building of local adaptive capacity, and the synergies and conflicts between the adaptation and mitigation agendas. Of particular interest is the translation of theory into practice, and highlighting the implications for climate risk management and decision-making (including both public and private actors).

Prior to joining RMIT, Dr McEvoy was research manager for the Centre for Urban and Regional Ecology at the University of Manchester working on projects relating to different aspects of the climate change agenda (with a particular emphasis on climate change and cities) before most recently working as a senior researcher on the European Union consortium project ADAM (ADaptation And Mitigation strategies: supporting European climate policy) with personal responsibility for analysing institutional adaptive management and adaptation to extreme weather events.

Dr McEvoy was based in the Netherlands 2006–09 firstly at the University of Maastricht, then spending the final year at the Vrije Universiteit in Amsterdam. He took up his current post as principal researcher in climate change adaptation at RMIT in July 2009.