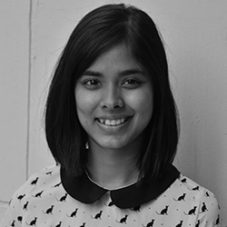 Darshana M. Baruah is an associate director with Carnegie India. Her primary research focuses on maritime security in Asia with a focus on the Indian Navy and its role in a new security architecture. She writes regularly on maritime issues such as India’s naval strategy, India’s naval engagement with regional powers, Sino-India competition, geopolitical developments in the Indian Ocean region, India’s maritime strategic outlook, and the South China Sea. Her work also examines the strategic implications of China’s infrastructure and connectivity projects in the Indian Ocean region and South Asia.

Darshana was a 2016 national parliamentary fellow, Australia, where her research focused on India and Australia in the Indo-Pacific. At the Australian Parliament, she was associated in the office of the Hon. Ms. Teresa Gambaro MP, chair, Joint Standing Committee on Foreign Affairs, Defence and Trade. There, she worked on issues such as the South China Sea, opportunities and challenges in the India-Australia maritime relationship, and India’s role in the Indo-Pacific, among others. She was a visiting fellow at the Australian National University, the academic partner for the Parliamentary fellowship. While in Australia, she also spent a brief time as a visiting fellow in the International Security Program at the Lowy Institute.

Previously, Baruah was with the maritime security initiative at the Observer Research Foundation, where she was the associate editor of the South China Sea Monitor.