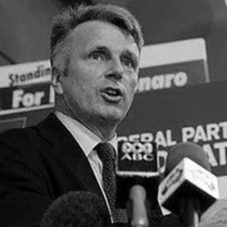 David Gazard has 20 years of experience in federal and state government, corporate Australia and the media. With ECG Advisory Solutions and ECG Financial, he has represented the interests of a variety of Australian and international firms to Federal and State governments and run numerous successful campaigns.

He has a deep understanding of the public policy process and its intersection with the media after having worked as a political adviser and press secretary for former Prime Minister John Howard and former Treasurer Peter Costello, who is now one of his business partners.

David began his career as a journalist, working in the federal press gallery with News Ltd. In between advising government at the most senior levels, he headed up government relations for Westpac Banking Corp.

He is a regular political commentator on Sky TV and ABC TV.