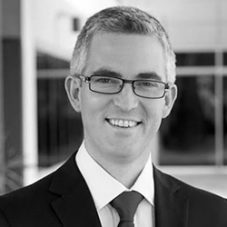 David Speers is an Australian journalist. He has been the host of PM Agenda, The Last Word, and Speers, and is currently host of ABC’s Insiders.

David has won three Walkley Awards, a Logie Award and a Kennedy Award for political reporting. He was also awarded the 2017 AACTA Best Presenter Award. He also served as President of the Parliamentary Press Gallery for three years and as Director of the National Press Club for the last twelve years.