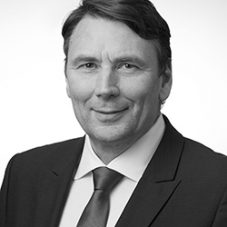 David Thodey is Chair of the Australian Public Service Review, Chair of the Commonwealth Science, Industry & Research Organisation, the national research organisation for Australia, and the Chair of JobsNSW, the NSW independent organisation responsible for the creation of 150K new jobs through to 2020.

In January 2013, David joined the Board of the GSM Association, the global body made up of carriers and related companies that support the standardisation and deployment of mobile technology around the world. He was also co-chair of the Infrastructure and Investment Taskforce of the B20 leadership group.

David received an honorary Doctorate in Science from Deakin University in 2016 and was recognised for his services to business and ethical business leadership with an Order of Australia in January 2017.

David now serves on a number of Boards – from consulting, venture capital, public policy and science, research and innovation while managing his own investment portfolio. He is passionate about authentic leadership, workplace equity, technology and corporate social responsibility.