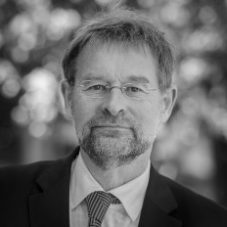 David Watters is the current president of the Royal Australasian College of Surgeons (RACS) and Professor of Surgery at Deakin University and Barwon Health. He is a general surgeon with interests in colorectal and endocrine surgery.

He is actively engaged in advocating for global surgery, having spent almost 20 years in Papua New Guinea, Hong Kong, Zambia and South Africa.

He is an Edinburgh graduate, with an interest in surgical history and gave the Archibald Watson Oration during the RACS 2014 Annual Scientific Congress in Singapore.

He has over 100 peer-reviewed publications and five books including Stitches in Time – two centuries of Surgery in Papua New Guinea.

He was awarded the Order of the British Empire (OBE) in June 2012, and holds Rotary’s Paul Harris Fellowship.