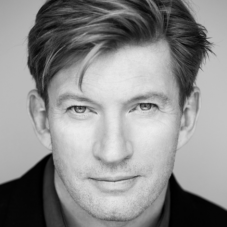 David Wenham is one of Australia’s most well-known and respected actors, having appeared in movies, television series and theatre productions in Australia and abroad. He is known in Hollywood for his roles in The Lord of the Rings film trilogy, Van Helsing, and 300, and in Australia for his role as Diver Dan in SeaChange.

David started his career as an actor after graduating from Theatre Nepean at the University of Western Sydney with a Bachelor of Arts (Performing Arts) in 1987.