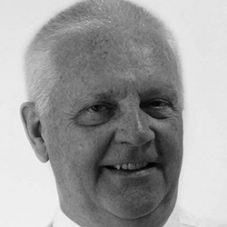 Captain Desmond Ross is a professional aviation and defence industry manager with 25 years at senior executive management level and consulting – (GM, Airport CEO, diplomatic Head of Mission and Head of an international organisation).

He has worked with ICAO, the British FCO and the EU on projects to develop national regulatory authorities, aviation organisations including airports and air operations.

He has extensive international experience (7,500 hours) as a pilot, on both fixed and rotary wing aircraft, as an air traffic controller and regulator, and as an airport director and aviation security manager.

His focus has been on start-ups, change management, capacity building, and maintenance of standards across all areas of aviation safety and security, flight and airport operations and regulation.  In the last 15 years his work has been mainly in developing countries which are either in conflict or emerging from conflict.

He was the inaugural Head of the Pacific Aviation Safety Office (PASO) which manages safety and security regulatory oversight for 10 developing Pacific nations.

He was recently Chief of Staff and Deputy Head of Mission for the European Union Mission in South Sudan to help that new country to improve its airport security and border management. This was discontinued because of the current war.

He has worked in India, Afghanistan, Croatia, Brazil and many Southeast Asian nations in recent years.