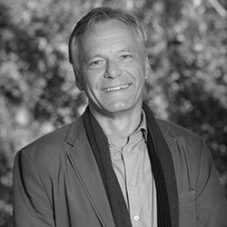 Dirk Philipsen is an Associate Research Professor of Economic History at the Sanford School of Public Policy and a Senior Fellow at the Kenan Institute for Ethics at Duke University. His work and teaching is focused on sustainability, economic performance indicators, and the history of capitalism. His most recent research has focused on GDP as the dominant, yet increasingly failing, measure of success in U.S. and international economic affairs. He also explores what a wellbeing economy would look like.

Raised in Germany and educated in both Germany and the United States, he received a BA in economics, an MA in American Studies, and a Ph.D in History. He has taught at several universities. For ten years, he served as Director of the Institute for the Study of Race Relations at Virginia State University, which he founded in 1997. He has published on the history of modern capitalism, movements for social and economic justice, as well as race and race relations.

His first book, We Were the People, chronicles the collapse of communism in East Germany and was published by Duke University Press. Recently, he served as editor and contributor to a volume on Green Business, published by SAGE. His latest work is published by Princeton University Press under the title The Little Big Number – How GDP Came to Rule the World, And What to Do About It (Spring 2015). He is currently working on a book about economic growth.