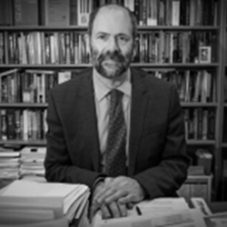 Donald R Rothwell is Professor of International Law, and Deputy Dean at the ANU College of Law, Australian National University where he has taught since July 2006. His research has a specific focus on law of the sea, law of the polar regions, and implementation of international law within Australia as reflected in over 200 articles, book chapters and notes in international and Australian publications.

Rothwell was previously Challis Professor of International Law and Director of the Sydney Centre for International and Global Law, University of Sydney (2004-2006), where he had taught since 1988. He has acted as a consultant or been a member of expert groups for UNEP, UNDP, IUCN, the Australian Government, and acted as advisor to the International Fund for Animal Welfare (IFAW).

In 2012 Rothwell was appointed an inaugural ANU Public Policy Fellow, and in 2015 elected as Fellow to the Australian Academy of Law.