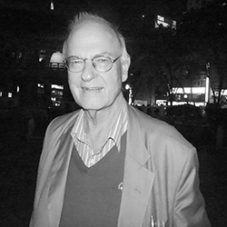 From 1997 through 2003, Don was Korea correspondent for the International Herald Tribune, also filing for The New York Times. He continues to write from Seoul for Forbes Asia, files commentaries for newspapers and covers news for CBS Radio on nuclear, economic and political issues.

Don first visited Seoul in 1972 as Far East correspondent for the Chicago Tribune and has followed major events in Korea from the assassination of President Park Chung Hee in 1979 and the Kwangju revolt in 1980 to every presidential election since adoption of the “democracy constitution” in 1987.

Before gravitating to Northeast Asia, Don covered much of the Vietnam War for the Chicago Tribune and the old Washington Star, writing two books, “Tell it to the Dead” and “Wider War,” as well as articles for The New York Times Magazine and others. His books on Korea include Korea Betrayed: Kim Dae Jung and Sunshine and Korean Dynasty: Hyundai and Chung Ju Yung, and he is also the author of Looted: the Philippines After the Bases.

A recipient of George Polk and Overseas Press Club awards, Don has been an Edward R. Murrow fellow at the Council on Foreign Relations in New York and a Fulbright senior research scholar in New Delhi and Manila. The University of Maryland University College in 2004 awarded him an honorary doctorate as “one of the United States’ most knowledgeable observers and commentators on Asia.”