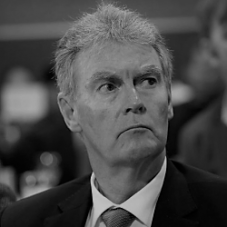 Duncan served in the Australian Defence Force for 33 years, and joined the Australian Army after schooling. During his 33-year career in the military, Major General Lewis commanded at all levels, including command of the Special Air Service Regiment. He served with the United Nations during the 1982 Lebanon War and on operations in East Timor. His last military appointment was as a Major General, Special Operations Commander Australia, where his forces were engaged in operations in Iraq and Afghanistan.

In 2005, Duncan joined the Australian Public Service. His initial appointment was as First Assistant Secretary of the National Security Division within the Department of the Prime Minister and Cabinet. Later that year, he was promoted to Deputy Secretary, and in 2008 he was appointed as an Associate Secretary. From December 2008, he served as Australia’s inaugural National Security Adviser and he chaired the National Intelligence Coordination Committee.

In 2011, Duncan was appointed Secretary of the Department of Defence. Late in 2012, he was appointed Ambassador to Belgium, Luxembourg, the European Union and NATO. On 15 September 2014, he was appointed Director-General of Security and head of the Australian Security Intelligence Organisation and he retired in 2019.