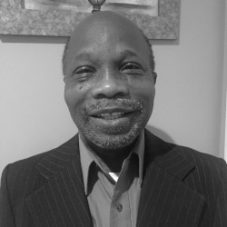 Earl Conteh-Morgan is Professor of International Studies in the School of Interdisciplinary Global Studies (SIGS) at the University of South Florida. He is a former Senior Research Fellow at the Norwegian Nobel Institute, Oslo.

Dr Conteh-Morgan is the author of, among other books, Democratization in Africa: The Theory and Dynamics of Political Transitions (Praeger,1997); Collective Political Violence –An Introduction to the Theories and Cases of Violent Conflicts (Routledge, 2004); co-authored Sierra Leone at the End of the Twentieth Century: History, Politics, and Society (Peter Lang, 1999); and co-edited Peacekeeping in Africa: ECOMOG in Liberia (St. Martin’s, 1998). His most recent book is The Sino-African Partnership-A Geopolitical Economy Approach.

Dr Conteh-Morgan has published on human security, conflict and peace-building, state failure, the impact of globalisation on state cohesion, and Sino-American rivalry in Africa, in refereed journals such as the Journal of Global Security and Intelligence Studies; Air and Space Power Journal; Armed Forces & Society; Journal of Conflict Studies; Peace and Conflict Studies; International Journal of Peace Studies; Journal of Social Philosophy; Journal of Military and Political Sociology; and Insight Turkey. Dr Conteh-Morgan is currently working on a book-length manuscript on Sino-American rivalry in Africa.