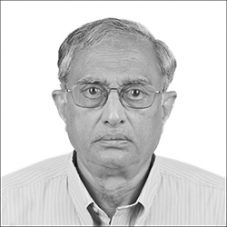 He was earlier Principal Adviser (Energy) in the national Planning Commission. He was closely associated in setting up independent statutory regulatory bodies in the electricity, telecommunications and insurance sectors in India.

After retirement from the IAS, he headed the Administrative Staff College of India, Hyderabad.

He is presently active in articulating people’s concerns for protecting the environment, promoting electoral reforms and safeguarding the livelihood opportunities of the low-income groups in India, including the tribal groups.