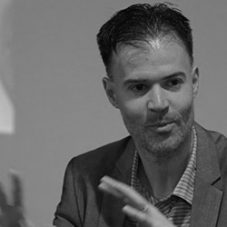 Edwin Jurriëns is Lecturer in Indonesian Studies at  and Adjunct Lecturer with the School of Humanities and Social Sciences at The University of New South Wales (UNSW) Canberra. Before joining The University of Melbourne, Edwin was Lecturer in Indonesian Studies and Southeast Asian Social Inquiry at UNSW Canberra (2004-2012) and Postdoctoral Fellow at Leiden University, The Netherlands (2001-2003).

His monographs and edited volumes include Video vanguard: towards an ecology of Indonesian visual culture (draft manuscript, 2016), Disaster relief in the Asia-Pacific: agency and resilience (Routledge 2014), From monologue to dialogue: radio and reform in Indonesia (KITLV Press, 2009), Cosmopatriots: on distant belongings and close encounters (Rodopi, 2008) and Cultural travel and migrancy: the artistic representation of globalization in the electronic media of West Java (KITLV Press, 2004).