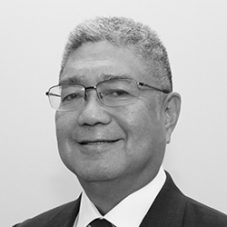 Eli Remolona is Chief Representative for Asia and the Pacific of the Bank for International Settlements (BIS).

As the regional head for the BIS, Dr Remolona leads a 32-person team in Hong Kong and is responsible for all BIS business and activity in the Asia-Pacific region, including research, high-level meetings and financial services for central banks and governments. He also serves as the secretary of the Asian Consultative Council, which consists of the governors of the 12 leading central banks in the region.

Until September 2008, Eli was Head of Economics for Asia and the Pacific. He joined the BIS in 1999 and for six years served as Head of Financial Markets and Editor of the BIS Quarterly Review in Basel, Switzerland.

Before that, he was Research Officer of the Federal Reserve Bank of New York, where for 14 years he did FOMC briefings and research on international finance, financial markets and sovereign risk.

He has also taught at Columbia University, New York University and the University of the Philippines. He has a PhD in economics from Stanford University and has published in leading journals in economics and finance. At present, he is Associate Editor of the International Journal of Central Banking.