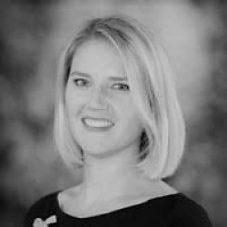 Elizabeth Ames is the Chief Operating Officer of Atalanta, a mission-driven firm with a focus on advancing women’s leadership worldwide and accelerating programmes that tackle the root causes of gender inequality.

Elizabeth began her career in the Australian foreign service, before moving to the UK to serve as Chief of Staff to the Founder and Chairman of Brunswick Group, Sir Alan Parker.

Most recently, Elizabeth has worked in international trade advisory, serving as the Executive Director of the Australia-United Kingdom Chamber of Commerce as well as the Senior Advisor, Government Relations, to Newfound. In these roles she worked closely with business and the British and Australian Governments on trade and investment policy, including appearances before the International Trade Select Committee in Westminster as an expert witness.

She is the Chair of the Menzies Australia Institute at Kings College London and a Director of the Britain-Australia Society.