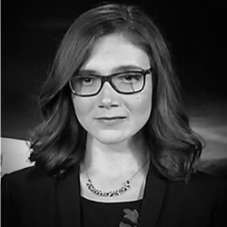 Elsa’s analytic interests include Chinese military modernisation, information warfare, and defence science and technology. She is a frequent commentator in global media, and has testified before U.S. congressional commissions and committees. Elsa has also been named an official ‘Mad Scientist’ by the U.S. Army’s Training and Doctrine Command.