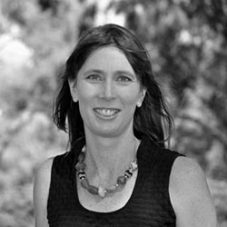 Emma Aisbett is a Senior Research Fellow at the ANU Centre for Social Research and Methods and an Adjunct Lecturer at Crawford School of Public Policy. Her research focuses on economic globalisation, environmental policy, developing countries, and political economy.

Emma’s research is characterized by a set of recurring themes, which include economic globalization, environmental policy, developing countries, and political economy. She is best known for her work on international investment agreements where she has influenced both academic debate and policy. On this topic Emma has been an invited expert at both the OECD and the UN Commission on Trade and Development (UNCTAD). She is also an approved supplier of policy advice to developing countries through the UK Governments TAF2+ initiative.

Most recently, Emma has been the Transdisciplinary Research Leader for ANU Interim Grand Challenge Project – Zero Carbon Energy for the Asia Pacific.