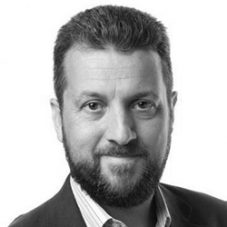 Dr Euan Graham is a Senior Fellow at the Lowy Institute.

Euan has been a close observer of East Asian security affairs for more than twenty years, in academia, the private sector, and for the British Government. Euan joins the Institute from the S. Rajaratnam School of International Studies in Singapore where he was a Senior Fellow specialising in maritime issues. Prior to this he was a research analyst in the UK Foreign and Commonwealth Office, and served as Chargé d’Affaires at the British Embassy in Pyongyang.

Euan’s research interests include maritime disputes in the East and South China Seas, nuclear proliferation, the US rebalance to Asia and defence diplomacy. His book Japan’s Sea Lane Security 1940-2004: A Matter of Life and Death? (Routledge) was the first comprehensive English-language analysis on this subject. Euan obtained his PhD from the Australian National University in 2003. He remains an Associate Fellow at the UK Royal United Services Institute.