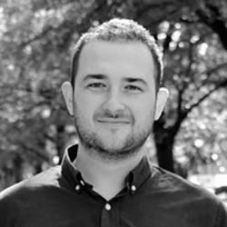 Feodor Snagovsky is an Associate Lecturer in the School of Politics and International Relations at The Australian National University. Prior to his studies at ANU, Feodor studied the natural sciences at Queen’s University and completed a Master’s in Political Studies at the University of Ottawa. After defending his Master’s thesis on legislator party switching, Feodor spent a year working in the Canadian House of Commons with the non-partisan Parliamentary Internship Program.

His research has been published in internationally-recognized, peer-review journals, and discussed in media outlets. His research is supervised by Professor Ian McAllister and asks how the descriptive representation of ethnic minorities influences the political attitudes of members of those groups – in particular, how they feel about the responsiveness of government.

Feodor is part of the project team for the Australian Election Study, a long-term study of political attitudes and behaviour of the Australian electorate.