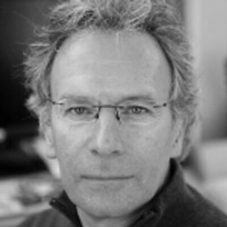 Fintan O’Toole is one of Ireland’s leading political and cultural commentators. He is a columnist and writer for The Irish Times, the 2017 winner of both the European Press Prize and the Orwell Prize, and author of Heroic Failure: Brexit and the Politics of Pain.

Born in Dublin in 1958, Fintan has been drama critic of In Dublin magazine, The Sunday Tribune, New York Daily News, and The Irish Times, and Literary Adviser to the Abbey Theatre. He also edited Magill magazine.

His work has appeared in many international newspapers and magazines, including The New Yorker, The New York Review of Books, Granta, The Guardian, The New York Times, and Washington Post.

In 2012 and 2013 Fintan was a Visiting Lecturer in Irish Letters at Princeton University, and contributed to the Fund for Irish Studies Series. He has also broadcast extensively in Ireland the United Kingdom, including a period as presenter of BBC’s The Late Show.

Fintan’s awards include the AT Cross Award for Supreme Contribution to Irish Journalism, the Justice Award of the Incorporated Law Society, and the Millennium Social Inclusion Award. He was educated at University College Dublin.