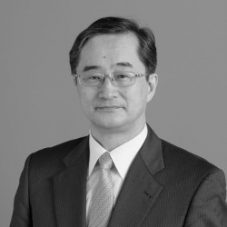 Fukunari Kimura has been Professor at the Faculty of Economics of Keio University, Tokyo, since 2000, and Chief Economist at the Economic Research Institute for ASEAN and East Asia (ERIA), Jakarta, since 2008.

He was also the President of the Japan Society of International Economics in 2010-2012 and the Representative Director of the Tokyo Center for Economic Research (TCER) in 2012-2014. His major is international trade and development economics.