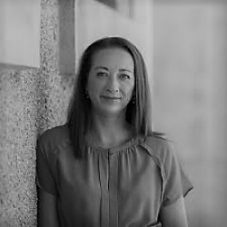 Gai Brodtmann is convenor of the National Security College’s Women in National Security conference, a member of Sapien Cyber’s advisory board, and a contributor to The Strategist. Gai is a former Member for Canberra and Shadow Assistant Minister for Cyber Security and Defence.

Gai served as the Member for Canberra from 2010-2019. She was Shadow Assistant Minister for Cyber Security and Defence from 2016-19 and Shadow Parliamentary Secretary for Defence from 2013-2016 when she authored Labor’s cyber security and PFAS contamination policies.

Gai is a former member and deputy chair of the joint committees on Public Accounts and Audit and National Capital and External Territories and a former member of the Joint Standing Committee on Foreign Affairs, Defence and Trade and the Defence sub-committee.

Before her political career, Gai ran her own small business for 10 years and was a federal public servant, primarily with the Department of Foreign Affairs and Trade and the Attorney-General’s Department, for a decade.

From 2000-2009, Gai consulted in Defence across a broad range of areas, including on capability acquisition and sustainment, financial and personnel management, youth development, science and technology, cultural change and diversity policy.

During her time in Foreign Affairs and Trade, Gai was posted to New Delhi and served on the Middle East desk, where she worked on the normalisation of the relationship with Iran and bilateral policy on Iraq, Jordan, Syria and Lebanon.