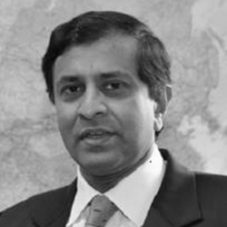 Ganeshan Wignaraja is Chair of the Global Economy Programme at the Lakshman Kadirgamar Institute of International Relations and Strategic Studies in Sri Lanka. He co-currently serves as a member of the Task Force on Freedom of Navigation of the Indian Ocean (chaired by the Prime Minister of Sri Lanka) and a member of the Monetary Policy Consultative Committee of the Central Bank of Sri Lanka. He is also a Senior Research Associate at the Overseas Development Institute in London.

His experience over the last twenty-five years has spanned the private sector, international organizations, government and academia in the UK and Asia. He has held senior roles at the Asian Development Bank (including Director of Research of the ADB Institute, Tokyo and Advisor, Office of the Chief Economist, Manila), Maxwell Stamp PLC (Head of Trade and Competitiveness in London) and has worked for the OECD, the Commonwealth Secretariat and Oxford University.