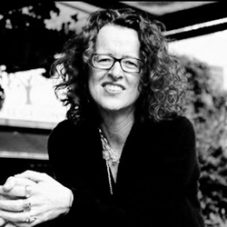 Professor Genevieve Bell is the Director of the 3A Institute, Florence Violet McKenzie Chair, and a Distinguished Professor at The Australian National University as well as a Vice President and Senior Fellow at Intel Corporation. Genevieve is a cultural anthropologist, technologist and futurist best known for her work at the intersection of cultural practice and technology development.

Genevieve joined the College of Engineering and Computer Science at ANU in February 2017, after having spent the past 18 years in Silicon Valley helping guide Intel’s product development by developing the company’s social science and design research capabilities.

She now heads the newly established Autonomy, Agency and Assurance (3A) Institute, launched in September 2017 by ANU in collaboration with CSIRO’s Data61, in building a new applied science around the management of artificial intelligence, data, technology and their impact on humanity.

Genevieve is the inaugural appointee to the Florence Violet McKenzie Chair at ANU, named in honour Australia’s first female electrical engineer, which promotes the inclusive use of technology in society. She also presented the highly acclaimed ABC Boyer Lectures for 2017, in which she interrogated what it means to be human, and Australian, in a digital world.

Genevieve completed her PhD in cultural anthropology at Stanford University in 1998.