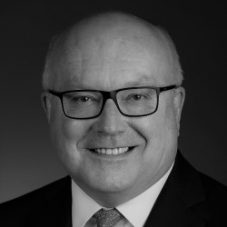 His Excellency the Hon George Brandis QC is Australia’s High Commissioner to the United Kingdom. A barrister by profession, he served as a Senator for Queensland in the Australian Parliament for 18 years.

In 2013, Senator Brandis became Attorney-General and Minister for the Arts, where he served until 2015, when he became Leader of the Government in the Senate.