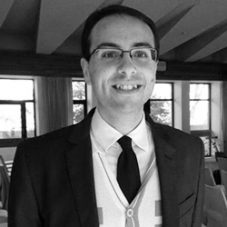 Gian Marco Farese is a lecturer in Italian and a researcher in linguistics at the Australian National University. Apart from Italian language and culture, his research interests include cultural semantics, cultural linguistics, text linguistics, cross-cultural communication, and Japanese language and linguistics.

Before coming to ANU for his PhD, he received a BA in Cultural and Linguistic Mediation from the University of Naples L’Orientale (2011) and a Master in English Linguistics from the University College London (2013). During his years in Canberra, he has taught Italian at various levels, from primary to tertiary, and has worked as an interpreter on various occasions for the Italian Embassy.

In 2016, before completing his PhD, Gian Marco has become part of the editorial board of the Italian journal Quaderni di Semantica and his publications span across a variety of topics, including English and Italian forms of address (2015), Japanese cultural keywords (2016) and the semantics of Italian musical terms (2016). Gian Marco is also a musician specialising in progressive rock, with two albums published in 2013 (Tales from a moonlight dream) and 2016 (Leaving Home).