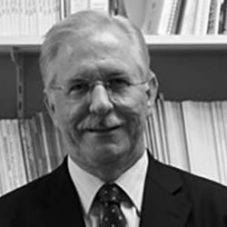 Glenn Withers is Professor of Economics in the Research School of Economics and was founding CEO of Universities Australia. Prior to that, he was Professor of Public Policy at The Australian National University and the Australia and New Zealand School of Government (ANZSOG). He is a Monash and Harvard graduate and has held academic posts in Australia and overseas including at Harvard and Cambridge and at La Trobe and Macquarie Universities. He is a Fellow and Immediate Past President of the Academy of Social Sciences in Australia, and of the Australian Council of Learned Academies.

He has produced a significant number of books, academic papers and government and consultancy reports. He has worked in and for government, including as chair of various Australian government bodies such as the National Population Council and the Economic Planning Advisory Commission, and he has chaired public inquiries regarding population issues, immigration, and infrastructure financing and was a member of the Faulkner inquiry into childcare and Co-Commissioner of the Productivity Commission’s Stocktake of Microeconomic Reform. He was a Board member of CEDA and founding Chair of CEDA’s Council on Economic Policy. He is Global Board Chair for the Global Development Learning Network.

Professor Withers helped to establish the Productivity Commission, the Crawford School, ANZSOG and Universities Australia. He has been an adviser to private sector and community sector organisations in Australia and overseas, ranging from the North West Shelf Consortium and the Business Council of Australia to the OECD and UNDP. Professor Withers was awarded an Order of Australia for services to applied economics, including for design of the Australian immigration points system.