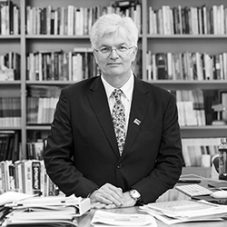 Glyn Davis is a Distinguished Professor of Political Science at Crawford School, Chair of the Australia and New Zealand School of Government Research Committee, and CEO of the Paul Ramsay Foundation, Australia’s largest philanthropic trust.

He is renowned as one of Australia’s finest higher education leaders, whose academic work has shaped the thinking of public servants at all levels of government.

He is a Fellow of the Academy of Social Sciences in Australia and the Institute of Public Administration Australia, received the Centenary Medal, and is a Companion of the Order of Australia.