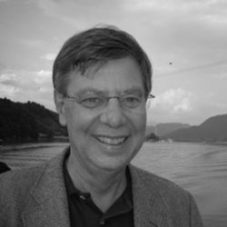 Dr Graeme Auton is Professor of Political Science at the University of Redlands in Redlands, California, and Adjunct Professor in the Graduate Program in National Security Studies at California State University, San Bernardino.

He has been a NATO Research Fellow and a Ford Postdoctoral Fellow at Harvard University’s Center for International Affairs. In the early 1990s he worked for the U.S. Arms Control & Disarmament Agency in Washington, Brussels and Vienna, focusing on European security and arms control issues.

In 2006 he was a Fulbright Hayes Fellow in the Russian Far East. In 2007 he was a Senior Fulbright Scholar at Kyung He University in Seoul, South Korea. Dr Auton previously wrote about the Russo-Japanese territorial dispute in the 2011 Japan Studies Association Journal (JSAJ).

He has more recently written about the contagiousness of regional conflict (see the Spring/Summer 2016 issue of the Journal of International Affairs).