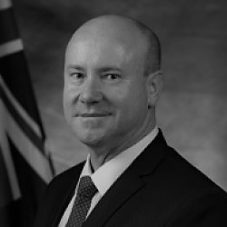 Greg Moriarty has served as the Secretary of Defence since 2017. Prior to his role with Defence, Greg has served as the International and National Security Advisor and the Chief of Staff to an Australian Prime Minister, as Australia’s Ambassador to Indonesia and Iraq, the Commonwealth Counter-Terrorism Coordinator and in numerous senior roles in the Defence Intelligence Organisation.