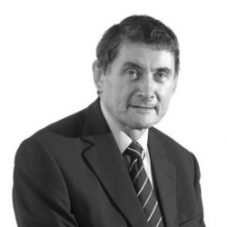 Sir Harry Burns graduated in medicine from Glasgow University in 1974. He trained in surgery in Glasgow and he was appointed as a Consultant Surgeon and in the University Department of Surgery at the Royal Infirmary in Glasgow in 1984. Working with patients in the east end of Glasgow gave him an insight into the complex inter-relationships between social and economic status and illness. He completed a Masters Degree in Public Health in 1990 and shortly afterwards was appointed Medical Director of The Royal Infirmary.

In 1994, he became Director of Public Health for Greater Glasgow Health Board, a position he occupied until 2005. During his time with Greater Glasgow Health Board he continued research into the problems of social determinants of health and in 2005, he became Chief Medical Officer for Scotland. In this role, his responsibilities included aspects of public health policy, health protection and, for a time, sport.

He was knighted in 2011 and in April 2014, he became Professor of Global Public Health at Strathclyde University where he continues his interest in understanding how societies create wellness. In 2014, the First Minister, Nicola Sturgeon, presented him a lifetime achievement award from the Scottish Government and the Scottish Parliament for Public Service.