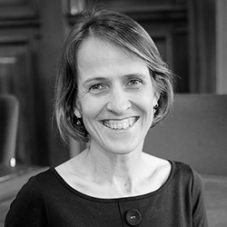 Heather Douglas is  Professor of Law at the University of Queensland and an Australian Research Council Future Fellow. She researches in the areas of criminal justice and domestic violence.

Heather has published widely on criminal justice issues and around legal responses to domestic violence and child protection. She is currently working on the Using Law and Leaving Domestic Violence Project which focusses on women’s experience of legal engagement in response to domestic and family violence.

Heather was the lead researcher and project co-ordinator with the Australasian Institute of Judicial Administration on the development of the National Domestic and Family Violence Bench Book. She was also the lead researcher on the  Australian Feminist Judgments Project.

Heather was elected a fellow of the Academy of Social Science in Australia in 2017 and a fellow of the Australian Academy of Law in 2013. She has been a part-time member of the Queensland law Reform Commission (2001-2007) and started out her career practicing criminal law in Victoria and the Northern Territory.