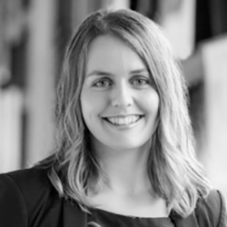 Helen previously worked for the NRMA. She also worked for the NSW Government as a senior adviser, including developing the state’s first arts and cultural policy. Prior to this, she worked in education, fundraising and community relations roles at Sydney Theatre Company and Riverside Theatre and was a board director of peak body Young People and the Arts Australia (2011-2013). While working at the Department of Environment, Helen received an Australia Day Medal for her work on the Indigenous Broadcasting and Media Sector Review.

Helen has a long-standing commitment to action on gender equality and social justice for young people. She was a member of the employment working group for NCOSS Women and a Reference Group member of the Institute of Public Administration Australia’s NSW Women’s Leadership Network, which aims to increase female representation and support women in public sector leadership roles. She was also a member of the NSW Ministerial Youth Advisory Council (2008-10), and has worked with NGOs such as ReachOut Australia on youth engagement and advocacy initiatives.

Helen commenced her career as a journalist with Fairfax Media, and freelanced as a digital journalist for several years. She has written on gender equality for a range of publications, and her play about sexual assault at Australian universities, In Loco Parentis, premiered at the Street Theatre as part of the Centenary of Canberra celebrations in 2013, receiving a Canberra Critics’ Circle Award.

Helen holds a Bachelor of Arts (Hons.) and a Master of Strategic Public Relations from the University of Sydney.