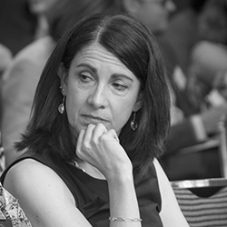 Professor Helen Sullivan is Dean of the ANU College of Asia and the Pacific. Her research and teaching explores the changing nature of state-society relationships; including the theory and practice of governance and collaboration, innovative forms of democratic participation, new thinking about public policy and the practice of public service reform.

She has published widely on public policy, public governance and public service reform in leading academic journals as well as practitioner media. She is author of a number of books including Working Across Boundaries (2002) and Power, Participation and Political Renewal (2007) and Hybrid Governance in European Cities: Neighbourhood, Migration and Democracy’ (2013). She appears regularly in print and online media commenting on contemporary public policy issues.

In 2012 Helen founded the Melbourne School of Government (MSoG) at the University of Melbourne. MsoG is a multi-disciplinary School that works directly with policy makers locally, nationally and internationally. Under Helen’s leadership (2012-16) the School established an innovative research program, including a major international research project on indigenous governance, and a research impact initiative (MSoGLabs). It developed new graduate and professional development programs rooted in interactive learning, and broke new ground in its engagement with the wider community, through initiatives like Vote Compass, Election Watch and the Trawalla Foundation funded Pathways to Politics Program for Women.

Helen’s work reflects a long-term commitment to finding new ways to bridge the gap between research and policy; a contribution acknowledged most recently by the award of a Fellowship from the Institute of Public Administration Australia (Victoria) where she was an Executive Board Member (2012-16).