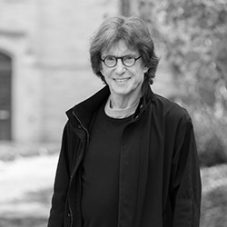 Henry A. Giroux currently holds the McMaster University Chair for Scholarship in the Public Interest in the English and Cultural Studies Department and the Paulo Freire Distinguished Scholar Professorship in Critical Pedagogy.

In 2002, he was named as one of the top fifty educational thinkers of the modern period in Fifty Modern Thinkers on Education: From Piaget to the Present as part of Routledge’s Key Guides Publication Series. In 2007, he was named by the Toronto Star as one of the “12 Canadians Changing the Way We Think.”

He is a frequent contributor to Truthout, CounterPunch, Truthdig, and other online journals. He has published numerous scholarly articles.  His most recent books include:  Neoliberalism’s War on Higher Education (Haymarket 2014), The Violence of Organized Forgetting (City Lights 2014) a Dangerous Thinking in the Age of the New Authoritarianism  (Routledge 2015) and  coauthored with Brad Evans, Disposable Futures: The Seduction of Violence in the Age of Spectacle (City Lights, 2015); America’s Addiction to Terrorism (Monthly Review Press, 2016) and America at War with Itself (City Lights, 2017).  Giroux is also a member of Truthout’s Board of Directors.