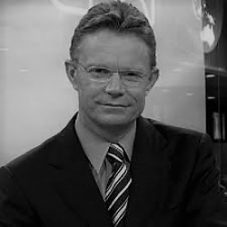 Hugh Riminton is National Affairs Editor for 10 News and co-host of The Professor and The Hack podcast. He is a multi-award-winning journalist and the author of Minefields: A Life In The News Game.

From January 2005 until September 2008, Hugh co-anchored CNN Today with Kristie Lu Stout out of Hong Kong. During that time, the programme twice won the Asian Television Award for Asia-Pacific’s Best News Programme.

He then left CNN in 2009 to take up a position as senior political correspondent for Australia’s Ten News. He also hosted a Sunday morning show, Meet the Press, where he interviewed political leaders. He is also an occasional guest presenter on the Network Ten’s prime time alternative news programme The Project.