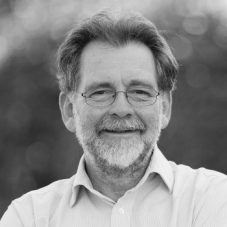 Hugh White is Emeritus Professor of Strategic Studies at the ANU College of Asia and the Pacific, The Australian National University.

His work focuses primarily on Australian strategic and defence policy, Asia-Pacific security issues, and global strategic affairs especially as they influence Australia and the Asia-Pacific. He has served as an intelligence analyst with the Office of National Assessments, as a journalist with the Sydney Morning Herald, as a senior adviser on the staffs of Defence Minister Kim Beazley and Prime Minister Bob Hawke, and as a senior official in the Department of Defence, where from 1995 to 2000 he was Deputy Secretary for Strategy and Intelligence, and as the first Director of the Australian Strategic Policy Institute (ASPI). In the 1970s he studied philosophy at Melbourne and Oxford Universities.