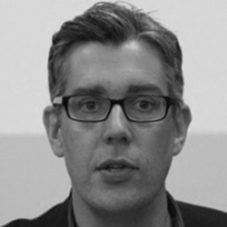 Hugo Dobson is Professor of Japan’s International Relations in National Institute of Japanese Studies and currently Head of the School of East Asian Studies at the University of Sheffield. He has previously held posts at the Universities of Kent and Tokyo.

His research interests are broadly divided into two strands. The first strand focuses upon international relations, multilateral organisations and global governance, especially the G8 and G20 and Japan’s role therein.

This has resulted in a number of publications including Japan and the G7/G8, 1975-2002 (Routledge, 2004), The G7/8 (Routledge, 2007) and Japan’s International Relations: Politics, Economics and Security (Third Edition, Routledge, 2011). In addition, since 2008, he has regularly accessed the international media centre at a number of G7, G8 and G20 summits.

The second strand of his research explores the role of images in shaping our understanding of international relations and Japan’s role in the world, from postage stamps and logos to TV programmes such as The Simpsons.

He has been the recipient of a number of research grants and has been invited to teach and research at various institutions around the world including the University of Tokyo, Hosei University in Tokyo, Zurich University and Charles University in Prague.