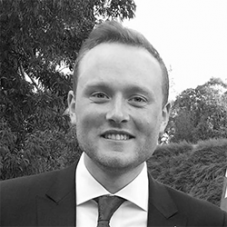 Iain Payne is a Policy Analyst at Niti Foundation, a not-for-profit public interest organisation that engages in Nepali-led public policy reform, where he provides research support for the Foundation’s state restructuring, combatting corruption and impunity, and rule of law and access to justice programs.

In 2015, Iain was awarded an Australian Government New Colombo Plan Fellowship, and completed his law honours thesis in Nepal, which examined the country’s new federal arrangement.

He holds a dual Bachelor of Arts and Bachelor of Laws from Monash University, where he graduated with First Class Honours.