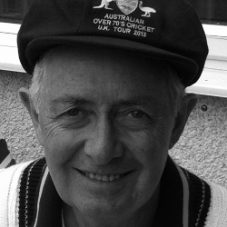 Ian Lowe is emeritus professor of science, technology and society at Griffith University in Brisbane as well as an adjunct professor at Flinders University and the University of the Sunshine Coast. He is a Fellow of the Australian Academy of Technological Sciences and Engineering.

He has published 12 books, more than 60 book chapters and over 50 journal articles. He has been involved in a wide range of advisory bodies for all levels of government over the last thirty years, including chairing the advisory council that produced in 1996 the first Australian national report on the state of the environment. He directed the Commission of the Future in 1988, when he was made Australian Humanist of the Year.

Ian was made an Officer of the Order of Australia in 2001 for services to science and technology, especially environmental science. He received in 2000 the Prime Minister’s Environmental Award for Outstanding Individual Achievement and the Queensland Premier’s Millennium Award for Excellence in Science. He was also awarded the 2002 Eureka Prize for Promotion of Science. In 2009 the International Academy of Sciences, Health and Ecology awarded him the Konrad Lorenz Gold Medal, a biennial prize for contributions to sustainable futures.