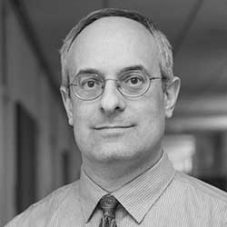 Igor Mikolic-Torreira is a senior fellow at the nonprofit, nonpartisan RAND Corporation and a professor at the Pardee RAND Graduate School. His research is focused on military force structure, cyber warfare and cybersecurity policy, and organisational efficiencies.

Before joining RAND, he served as special assistant to the director of Cost Assessment and Program Evaluation in the Office of the U.S. Secretary of Defense (OSD). In this position, Mikolic-Torreira supported Secretary Gates’ efficiencies effort and the comprehensive review of resources and force structure. He also led assessments of operational cyber capabilities and military human intelligence capacity and was a member of the integration team for Secretary Hagel’s Strategic Capacity and Management Review. His final assignment in OSD was supporting former Air Force Secretary Donley’s OSD Organisational Review.

Prior to working in OSD, Mikolic-Torreira was director of the Operations Evaluation Group (OEG) at the Center for Naval Analyses (CNA). He was previously an analyst and project director focusing on operational and tactical problems in support of the Navy and Marine Corps. His CNA experience also included extended assignments with NAVCENT in Bahrain, Third Fleet in San Diego, Sixth Fleet in Gaeta, Italy, and three deployments with carrier strike groups.