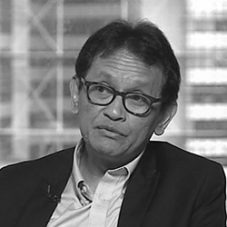 Iwan J Azis is professor at Charles H. Dyson School of Applied Economics and Management, Cornell University, and professor of economics at the University of Indonesia (UI). He began teaching at UI in 1977 and at Cornell in 1992. His research interest is on the link between macroeconomic and social issues, and regional economics.

He has conducted research and consulting work for various international organisations.

During 2005-2010 he was the director of graduate study at the Regional Science Program, at Cornell, and in 2010-2014 he headed the Asian Development Bank’s office dealing with regional integration. Prior to his time at Cornell he was the chairman of the department of economics, and the director of the Inter-University Center for Economics.

In early 1998, he spoke before the Joint Economic Committee of the US Congress on the Asian Crisis. In 2006, he received “Distinguished Scholar in Regional Science, Financial Economics, and Economic Modeling” award.