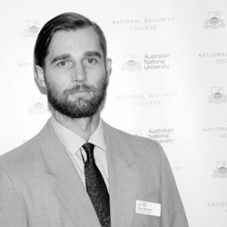 Dr James Mortensen is a Lecturer at the National Security College at The Australian National University. Before this, he was a Research Fellow at ANU School of Computing.

James earned his PhD from the National Security College, having previously attained First Class Honours (Religious Studies) from the University of Newcastle, Australia. His research interests include the philosophical underpinnings of security and political theory, the role of belief systems in political action, and the role of technology in politics and society.